The Drenastim formula increases energy to optimize your workout, increase your motivation, alertness, and endurance.

The Drenastim formula increases energy to optimize your workout, increase your motivation, alertness, and endurance.

Drenastim maximizes the success of your diet and exercise regime to help you lose up to a kilogram of weight per week.

Manage stress and support your mental health with Drenastim. 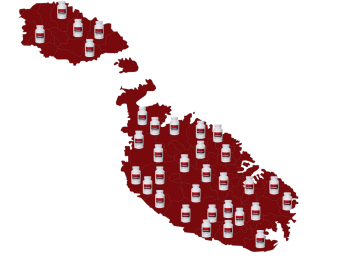 Available In All Leading Pharmacies

Drenastim is made by using only the highest quality ingredients.

Caffeine is a central nervous system (CNS) stimulant of the methylxanthine class.There are several known mechanisms of action to explain the effects of caffeine. The most prominent is that it reversibly blocks the action of adenosine on its receptors and consequently prevents the onset of drowsiness induced by adenosine. Caffeine also stimulates certain portions of the autonomic nervous system.

Citrus aurantium contains a number of constituents speculated to lead to weight loss, of which the most frequently cited constituents are synephrine and octopamine, which are structural analogs of adrenaline and noradrenaline, respectively, that can act as adrenoceptor agonists.

Raspberry ketone is a natural phenolic compound that is the primary aroma compound of red raspberries. Raspberry ketone occurs in a variety of fruits, including raspberries, cranberries, and blackberries. It is biosynthesized from coumaroyl-CoA.It can be extracted from the fruit, yielding about 1–4 mg per kg of raspberries.

L-tryptophan is an essential amino acid that helps the body make proteins and certain brain-signaling chemicals. Your body changes L-tryptophan into a brain chemical called serotonin. Serotonin helps control your mood and sleep.

Camellia sinensis is a species of evergreen shrubs or small trees in the flowering plant family Theaceae whose leaves and leaf buds are used to produce tea. Common names include "tea plant", "tea shrub", and "tea tree".

Capsicum annuum is a species of the plant genus Capsicum native to southern North America and northern South America. This species is the most common and extensively cultivated of the five domesticated capsicums. The species encompasses a wide variety of shapes and sizes of peppers, both mild and hot, such as bell peppers, jalapeños, New Mexico chile, and cayenne peppers.

Acetyl-L-carnitine, ALCAR or ALC, is an acetylated form of L-carnitine. It is naturally produced by the body, although it is often taken as a dietary supplement. Acetylcarnitine is broken down in the blood by plasma esterases to carnitine which is used by the body to transport fatty acids into the mitochondria for breakdown.

Gelatin capsules – the global preference – are an elegant form with gelatin as the primary gelling ingredient.In these dosage forms, the medications or dietary supplements are safe and able to be safely stored. Gelatin, a pure protein, is tasteless, gluten-free, GMO-free and offers a benign oral dosage form that creates a pleasant experience for the consumer.

I love Drenastim, I'm a very healthy person I choose to go for a healthy diet and organic. My coach encouraged me to try Drenastim for my competition #MissUniverseMalta and I'm loving the results. It gives me energy and I don't feel so hungry during the day. #loveDrenastim.

I tried many ways how to feel good and fit but it was never so effective as Drenastin! I am not that tired anymore, I feel great, full of energy and its so easy to go with. I work in the office all day and my body is cleaning and shaping even while I am sitting in my office chair, thats amazing 🙂 Very good product, I am really happy customer ❤

Thanks to Drenastim I lost 6 kilos, I didn't have cravings and I was never tired so that made me feel better plus seeing great results. I can send you a pic of all the diet pills I have and never finished them because I never sae any results but its a promise that Drenastim bottle is empty with great results 😍

Always gave me that extra stamina to dig deeper during workouts!

Very good product it helps you alot when it comes to Energy and you dont feel hungry all the time!!

Thank you for subscribing to Drenastim!

Our agents will get in touch with you soon.